First in a series about how VCOM is used for disaster recovery applications.

The simplified diagram below shows how this solution was implemented to enable communications between several different operating groups for coordinating day-to-day recovery operations after the loss of virtually all existing communications networks. 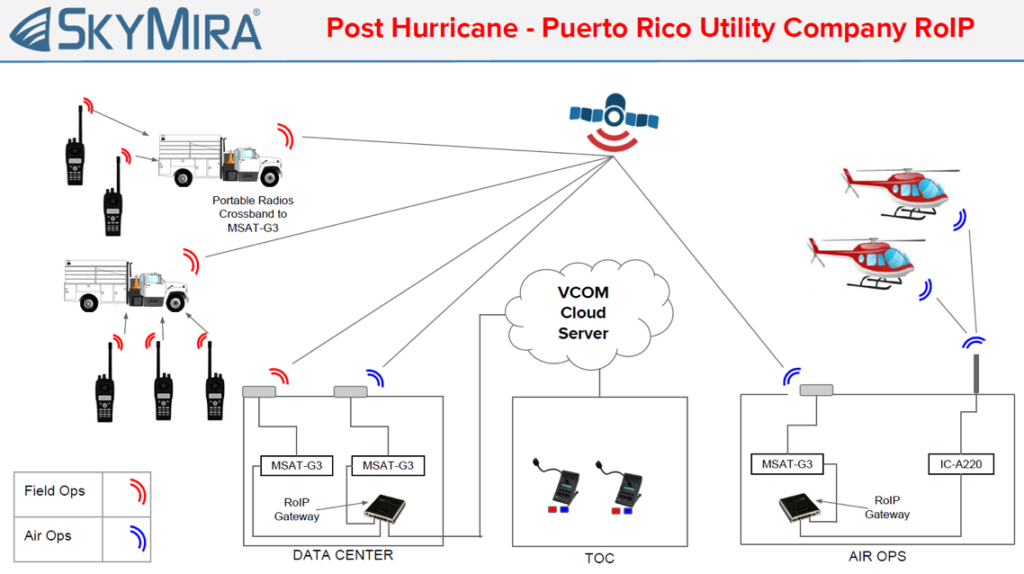 Here is an explanation of the various sites and equipment used.

“Data Center” is located across the street from TOC and is the aggregation point for all IP fiber in/out of the island. Here SkyMira provided two Cobham Explorer MSAT G3 satellite terminals (CONUS coverage), one for field operations, the second one for air operations. A BASICS Radio Relay (called out as “RoIP Gateway” in diagram is from Vocality, a division of Cubic Mission Solutions) seamlessly connects two-way radio systems to the VCOM Matrix Intercom Network. This interface allows clients using computers, CS-74 devices or cellphones to join in radio communications without needing a radio.

“Air Ops” site initially had no IP connections available due to infrastructure damage, so SkyMira employed an MSAT G3 satellite terminal to connect Air Ops to the other sites. A Vocality BASICS Radio Relay was located there for terrestrial connectivity as soon as IP was restored (the BRR has since been turned on for terrestrial IP connectivity).

Field Operations used 10-20 trucks initially, now many more. For this segment, SkyMira supplied MSAT G4 satellite terminals for connecting radios to satellite service when they were out of normal RF range.

The VCOM Virtual Matrix Server is hosted in the Intracom Cloud for connecting the local resources together into a seamless network. The operations in Puerto Rico needed reliable communications and the VCOM SaaS service provides the backbone to connect all the local teams together. This allows the local teams to access VCOM and Vocality connectivity without having to provision and maintain the VCOM servers.

Contact Intracom Systems or SkyMira to learn more about how VCOM can be used in similar applications. 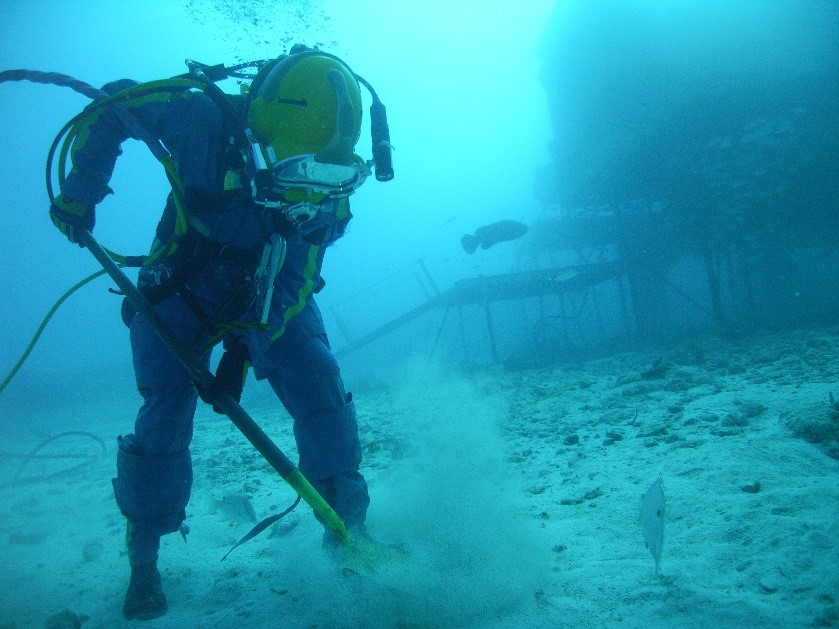 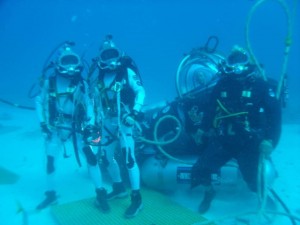 Space Applications Services NV/SA (Zaventem, Belgium) uses VCOM for cockpit simulations during development and testing of their on-board avionics systems for use by ESA and others. From their website: “We design and develop state of the art on-board avionics solutions for manned and unmanned mission critical applications in hazardous environments. We work with on-board software, single and multiprocessor hardware, model driven development and simulation. Our applications include ESA standard On-board Control Procedure solutions, spacecraft cockpit solutions, rendezvous and docking, visual navigation.”

US Air Force UAV Training Facility (Eglin AFB, Florida) uses VCOM for training of UAV pilot and sensor operators. That same UAV system has also been used for US Forestry Service studies of forest fires capturing real-time images during experimental forest test burns. “Using air space not regulated by the Federal Aviation Agency allows unmanned aerial vehicles to gather valuable infrared imagery of the area,” said Kevin Hiers, the natural resources management research branch director and UAV manager. “Imagery (collected from the UAVs) will be added to a repository of other test data obtained at Eglin and used by scientists around to the world to gain a better understanding of fire behavior.” 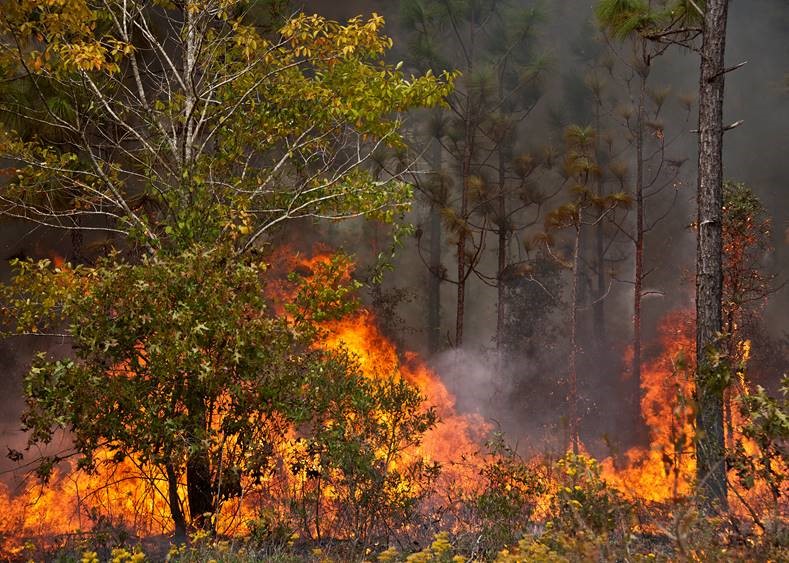 Fire consumes trees and bushes during a prescribed fire conducted at Eglin Air Force Base Nov. 11-12. More than 90 scientists from the Combustion-Atmospheric-Dynamics-Research-Experiments team, sent from institutions all over the world, set up instruments to record meteorology, smoke particulates and other fire phenomena. Image Credit: U.S. Air Force photo/Randy Gon. 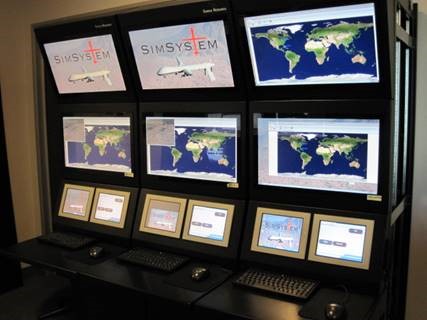 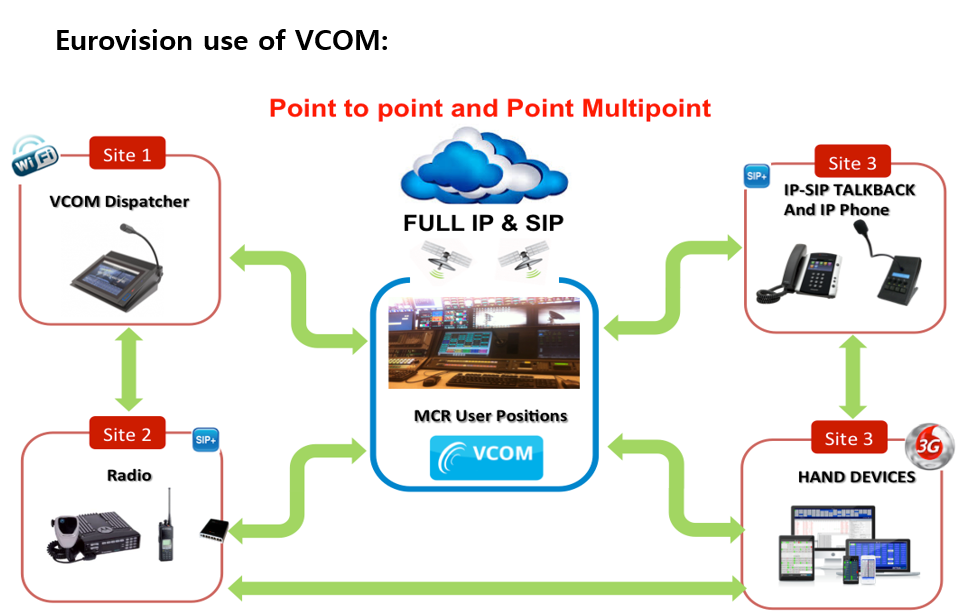 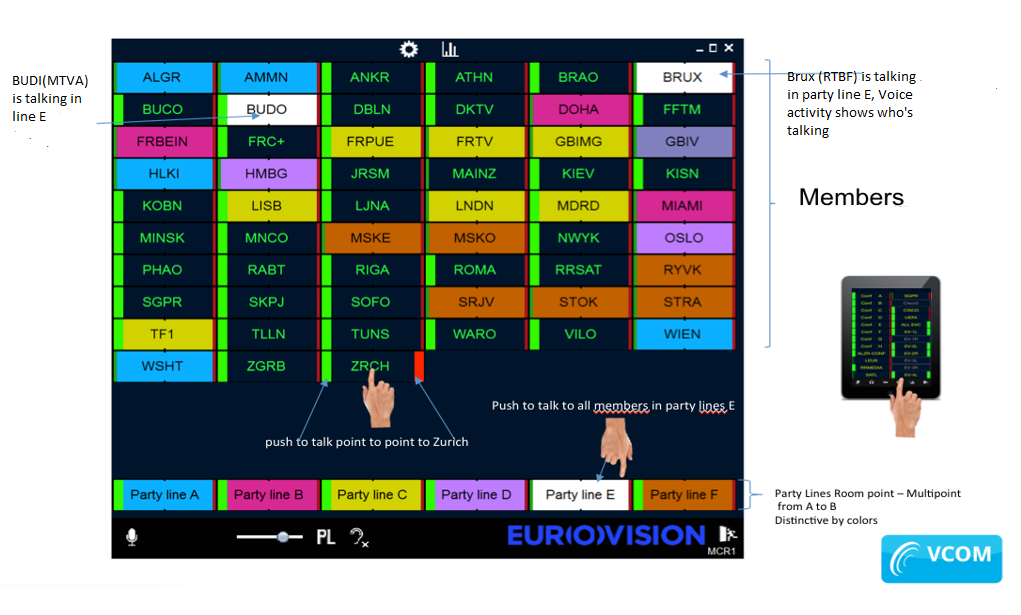 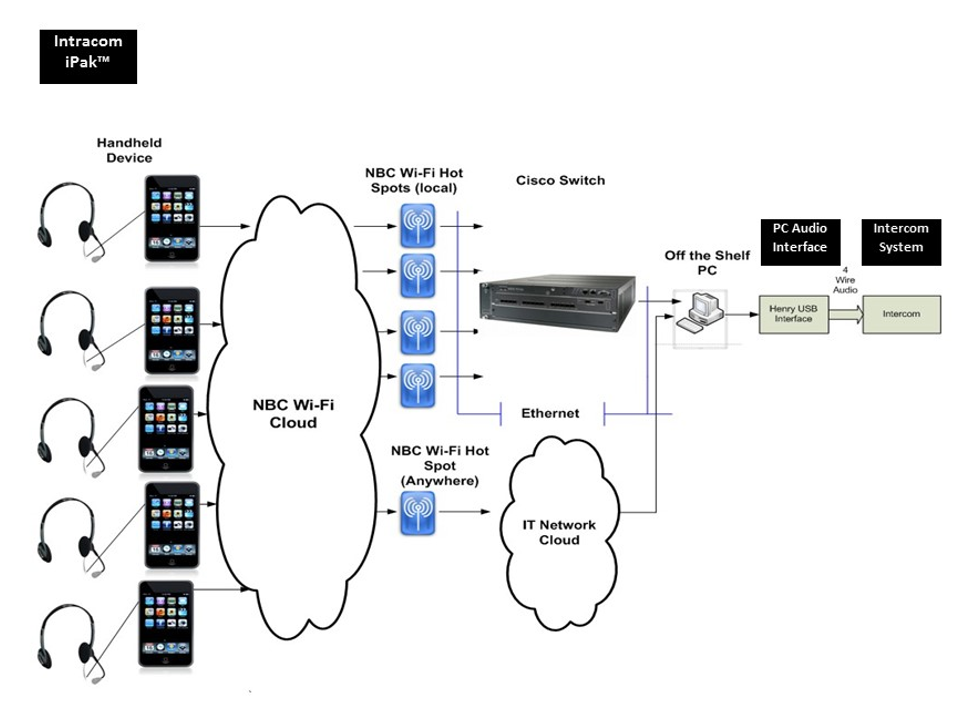 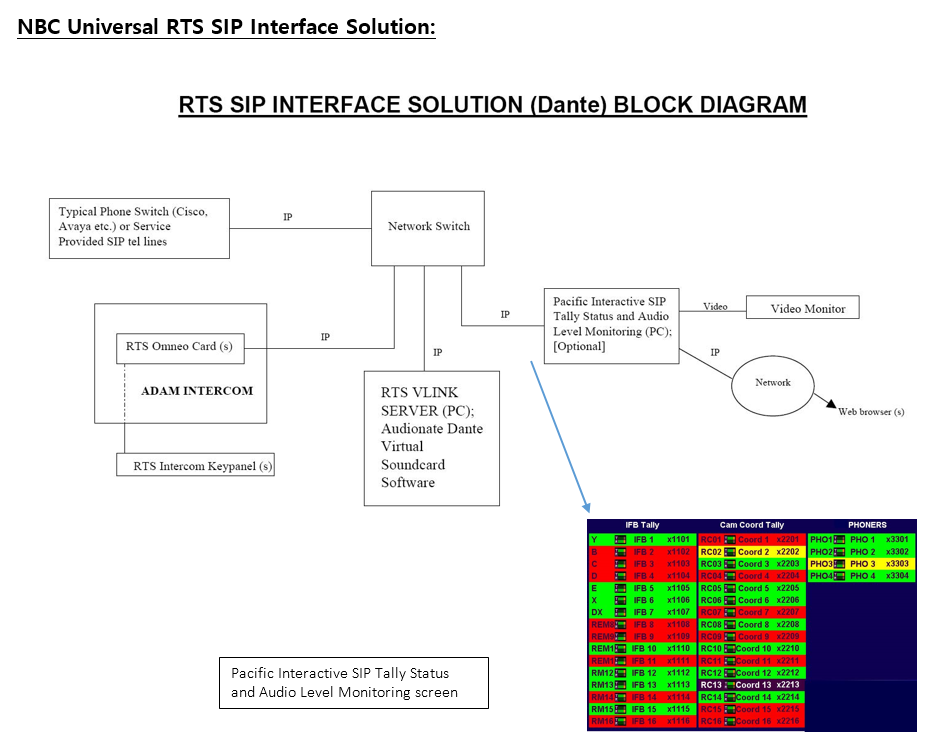 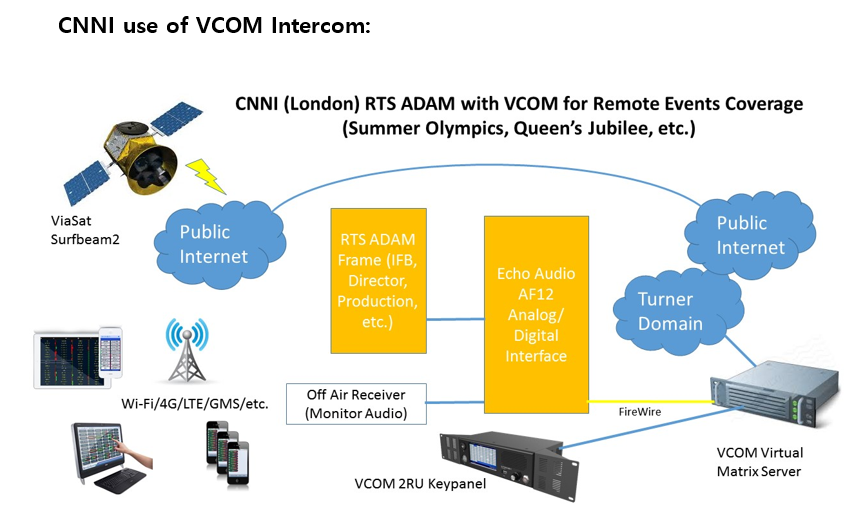 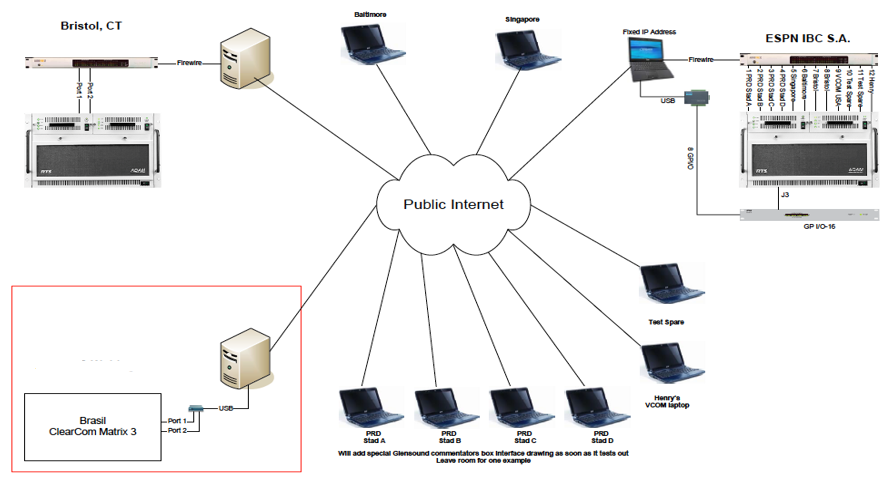 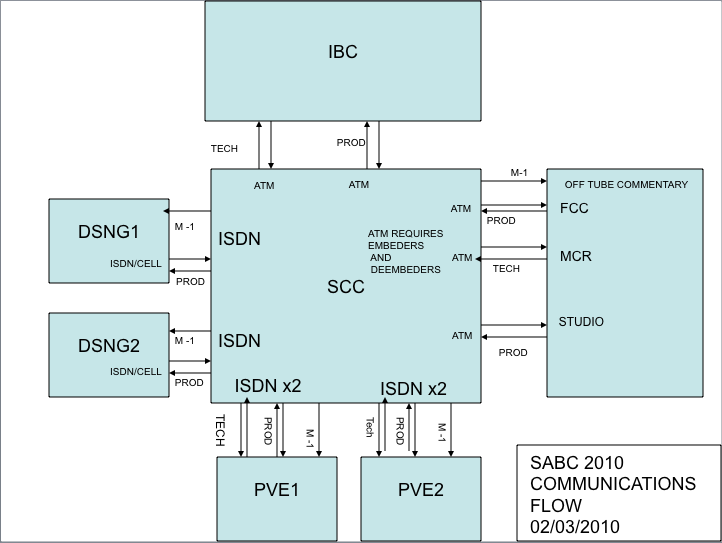 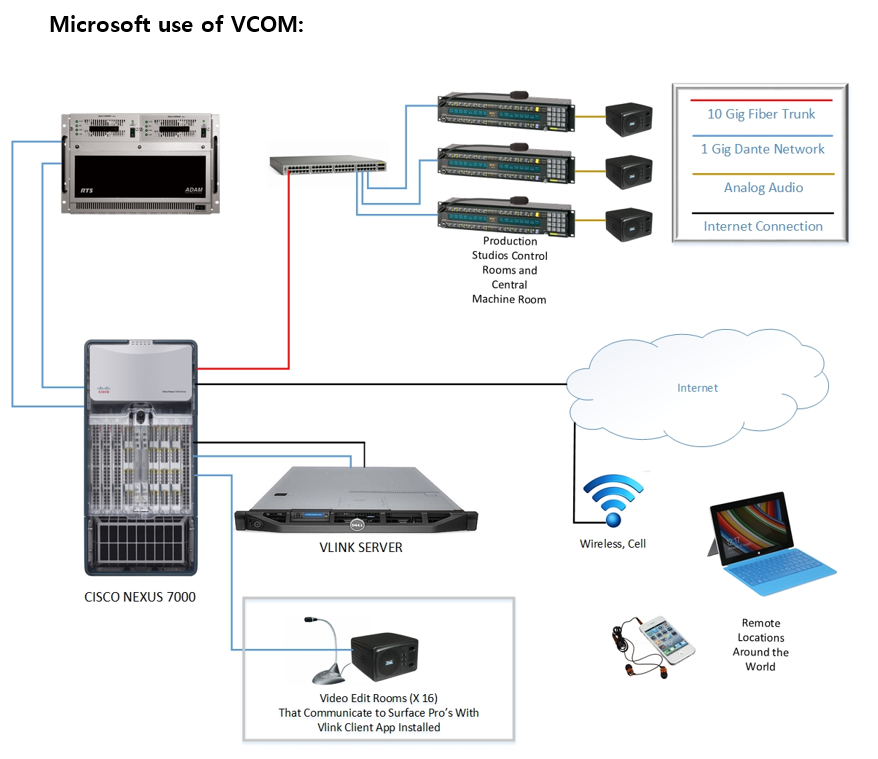