SIP is an acronym for Session Initiation Protocol. It is a digital data transmission standard used in digital telephony systems. Its use has become very widespread in recent years and has triggered significant changes in how professional communications systems integrate with private and public telephone systems.

Since the early days of modern high performance communications systems there is often a requirement for the interconnection of those systems to telephone lines such that a user or users outside the system may become part of a particular conversation. As an example, in the broadcast market it is often necessary for the production staff in a studio to coordinate with someone at a remote location during a news broadcast. In the security market operators may need communications with other facilities or police and fire agencies. The only universal and ubiquitous connection option is a telephone line. For many years the only available connection to the telephone network was by an analog line, the same as a home telephone. Due to the electrical characteristics of such lines connection to non-telephone based systems is difficult and expensive if a good connection is to be realized. There are currently several good and reliable interface devices for use with the major manufacturers’ systems although they remain expensive and limited in terms of control options. 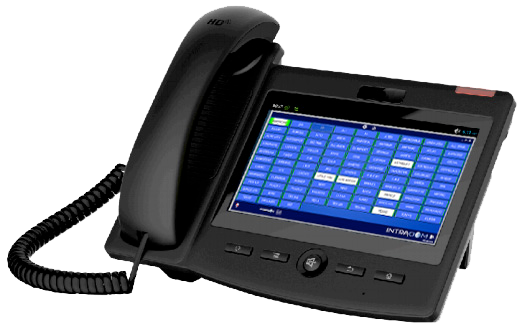 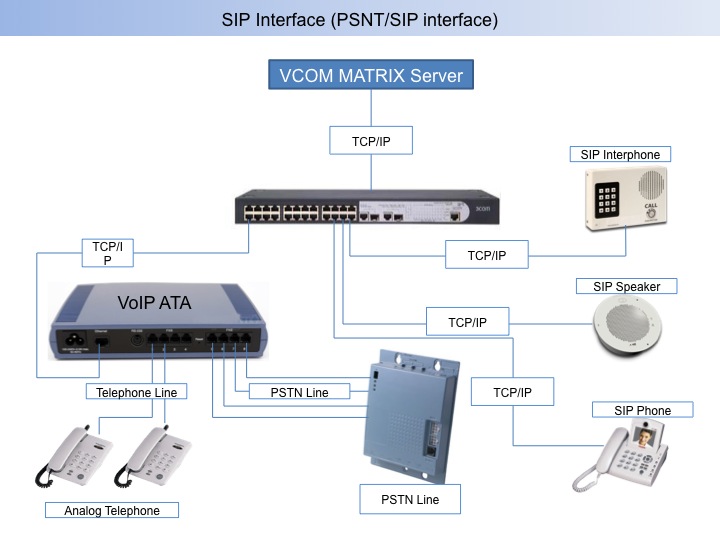 In the recent past there has been a significant increase in the use of VoIP telephone systems and lines. Subscriber (operator/user) connections generally use SIP as the interconnection standard. In such systems each subscriber is a connection to an Ethernet network essentially no different than a typical data network used for computers and is often the same network. There are two significant benefits to this architecture. One is that the connection is digital which eliminates the problems often encountered with analog lines such as audible noise and poor signal quality, and the other is cost savings due to the ability to use shared cabling routing hardware. Installation time is also reduced resulting in additional labor cost savings.

The VCOM Virtual Communications platform can directly interface to SIP connections as well as traditional intercom systems and therefore can act as a bridge between SIP systems and devices and traditional hardware intercom systems. When VCOM is intelligently integrated with a compatible hardware intercom, line control, station dialing, caller ID and other SIP intercom phone features can be extended to the hardware system’s operator control stations.

The VCOM Virtual Matrix can interface with SIP systems and devices in a variety of ways: 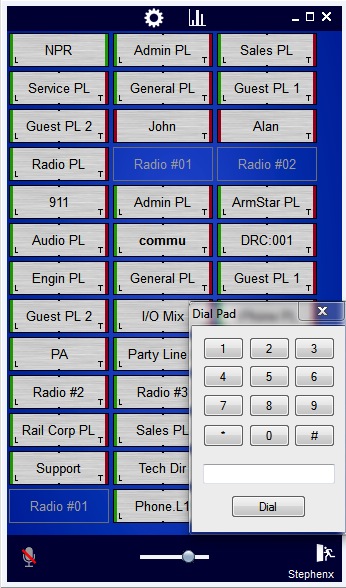 With VCOM there can be truly seamless integration between two previously separate communications systems that exist together in virtually every environment where complex intercom systems are installed. This is done with no expensive proprietary hardware interface devices. All that is required is VCOM and standard data network components.

Following is a non-comprehensive list of SIP intercom enabled systems tested to work well with VCOM: 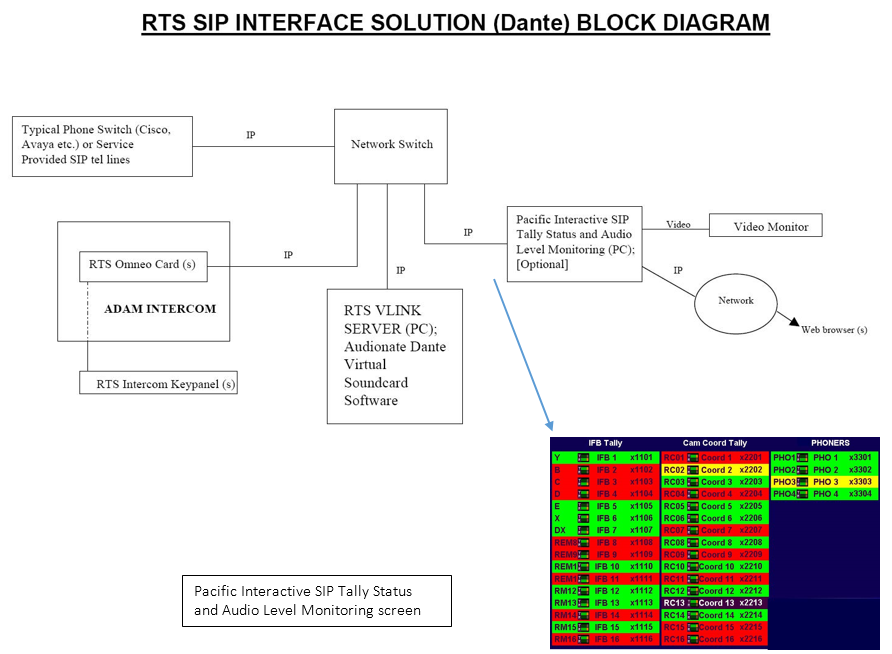 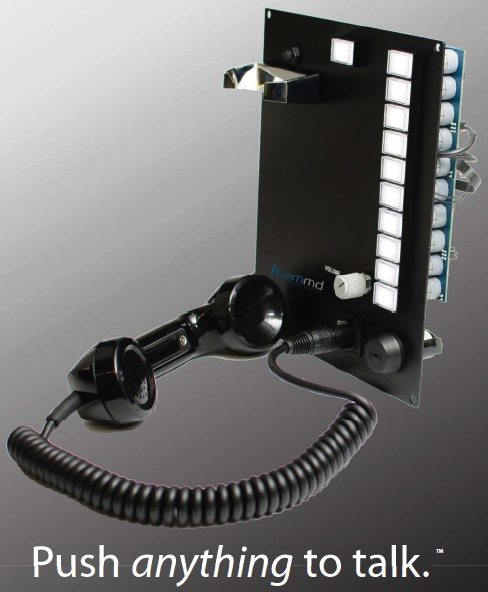