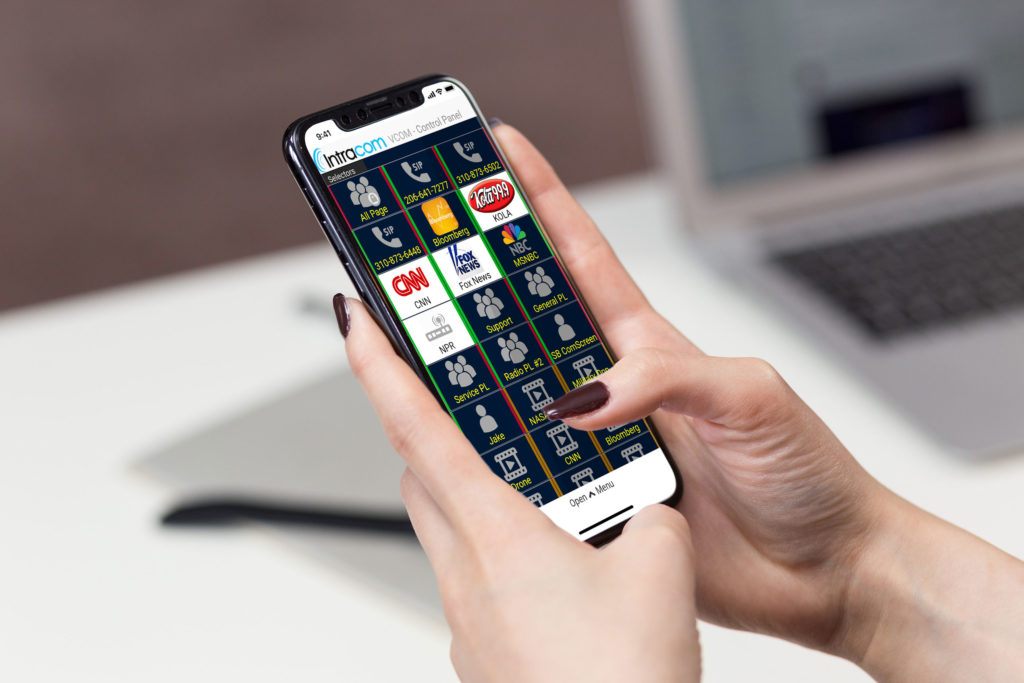 In radio and television broadcasting IFB serves as a voice cueing mechanism for on-air talent. The talent listens to a program audio signal which can be interrupted by the voice of a production person, such as a director or producer, for the purpose of giving instructions to the talent regarding the show in progress.

In live theater the IFB function is used under the name Actor’s Call, Green Room Call, or Show Program/Paging. In the actor’s call implementation, the show program audio is listened to on a loudspeaker in a dressing room or actor’s lounge area and the audio is interrupted by the stage manager to warn an actor that they are about to go on stage. In a lobby area, background music may be played on loudspeakers and announcements made that override the music. IFB is also used in general public address systems such as airports for a similar purpose to that of live theaters.

VCOM IFB uses the power of VCOM for signal transport and receive functions over IP networks. The use of standard computer hardware and network infrastructure simplifies the installation and lowers the cost of system implementation. The VCOM Mobile Control Panel installed on handheld devices allows a cost effective and multi purpose wireless IFB solution. Multiple return talkback and multiple path two way communications become possible with simple and inexpensive hardware. Wi-Fi or data cellular units may be used making the range virtually unlimited. In complex news situations such as elections or political convention broadcasts a new level of flexibility and cost effectiveness is now available.